David and Joans kitchen really was a kitchen to admire! A stunning combination of modern & traditional. Deciding on a contrast in colour throughout the kitchen, they chose a handleless run of tall units, in a Gala- Lava black high gloss. Then opted for a Alea -Crystal white high gloss in the rest of the kitchen. When it came to worktops, they chose 40mm thick Corian- Lava Rocks on the island, the dark colour works well in contrast with the Lava black tall units. Then a lighter worktop in Corian- Silver Birch on the sink run.

As they had an Aga, there wasn’t much need for as many cooking appliances. Although they decided on a Siemens domino flex induction hob, situated next to the Aga, in case they needed to cook smaller, quicker meals it saved them time rather than using the Aga. They also decided to take it a little bit further by investing in a Siemens coffee centre and a Caple wine cooler, to keep their wine extra cool and add a little more luxury to their kitchen. 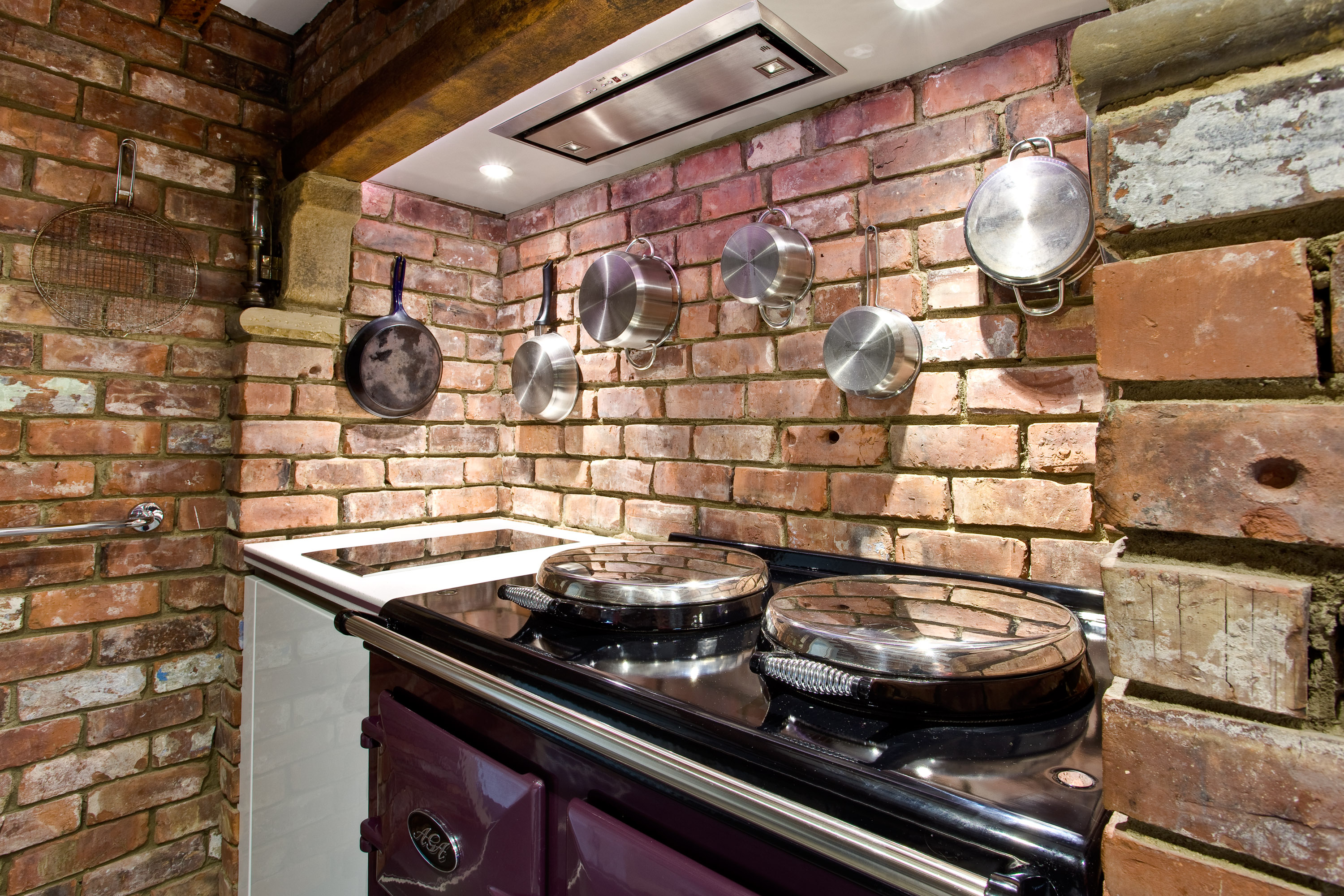 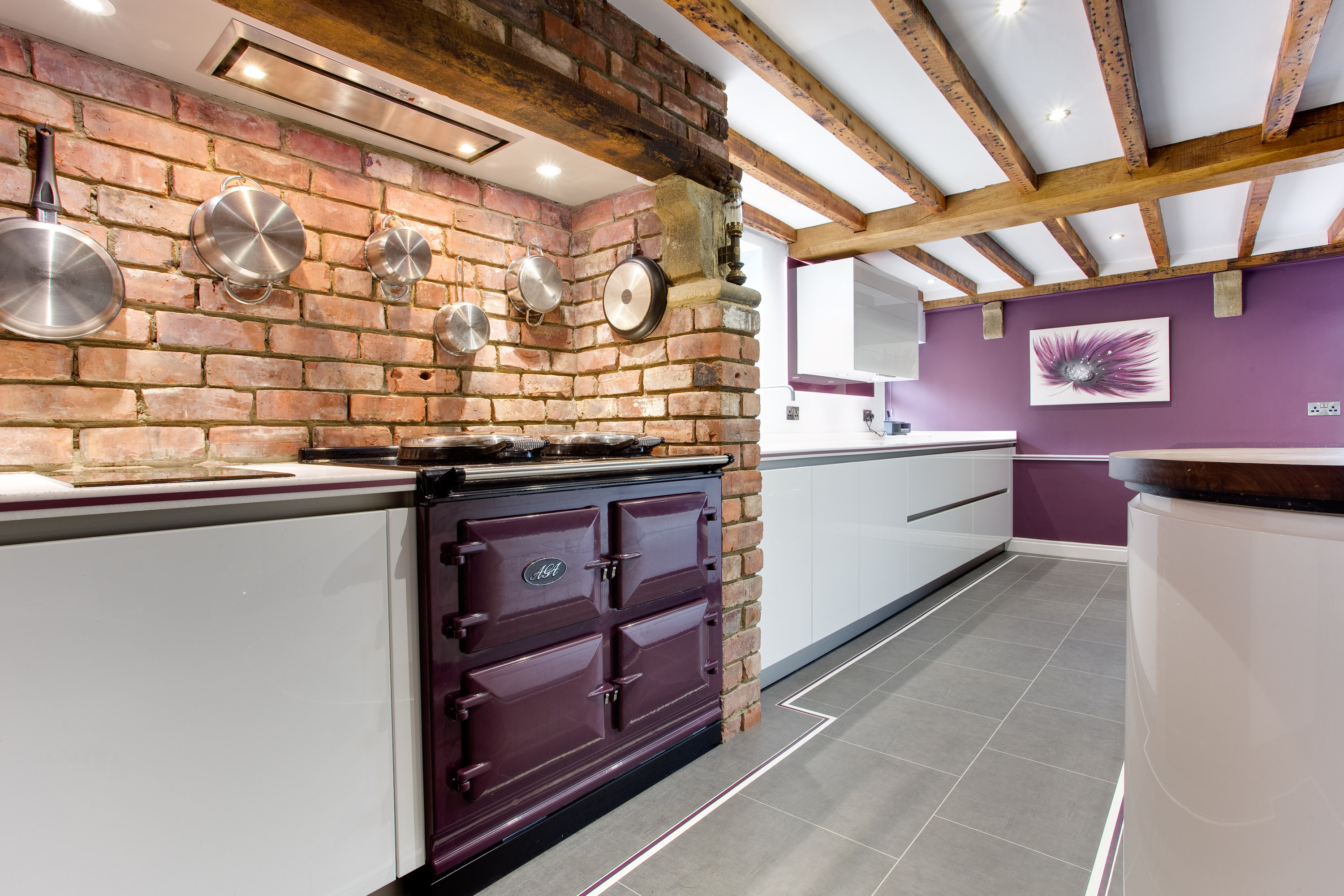 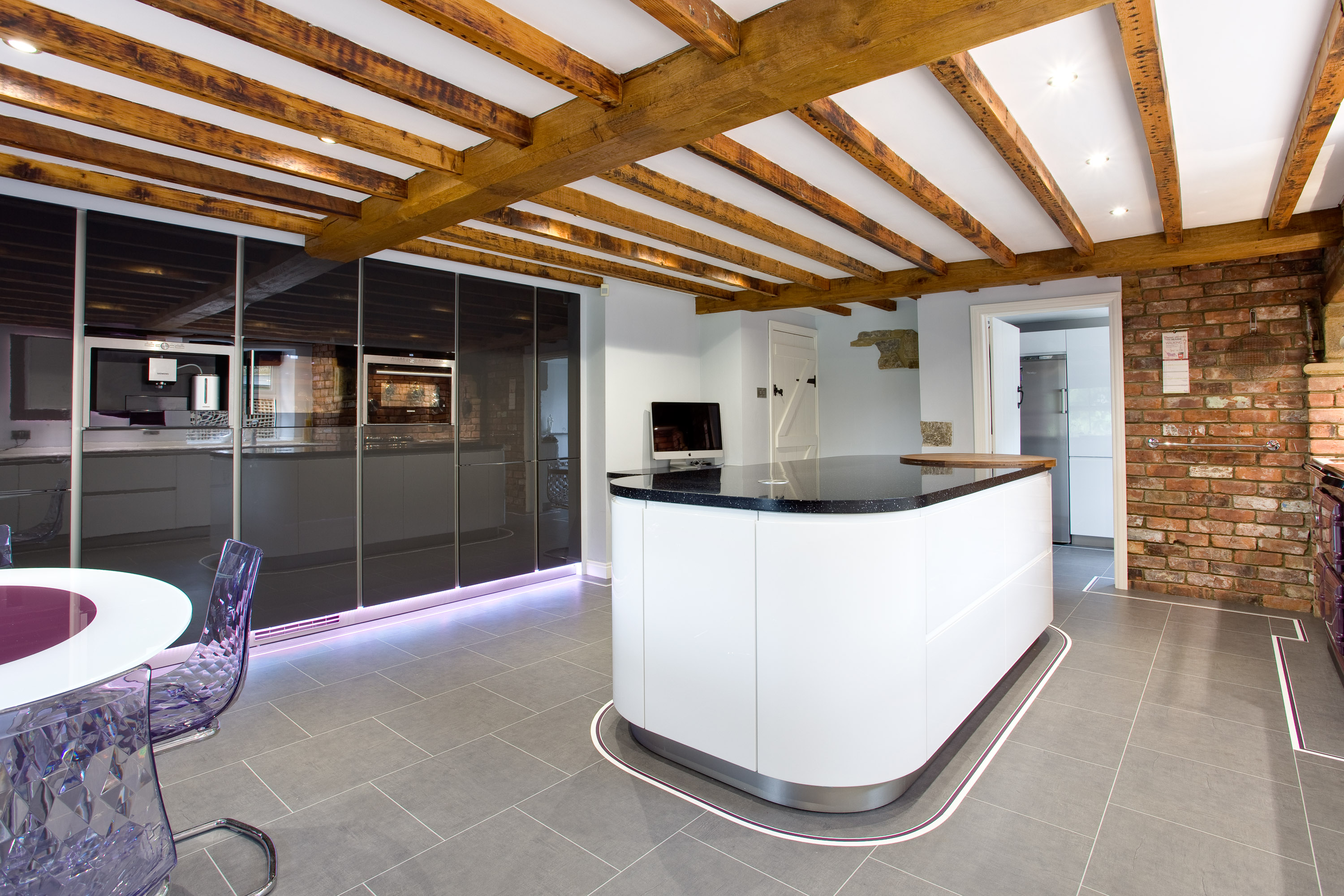 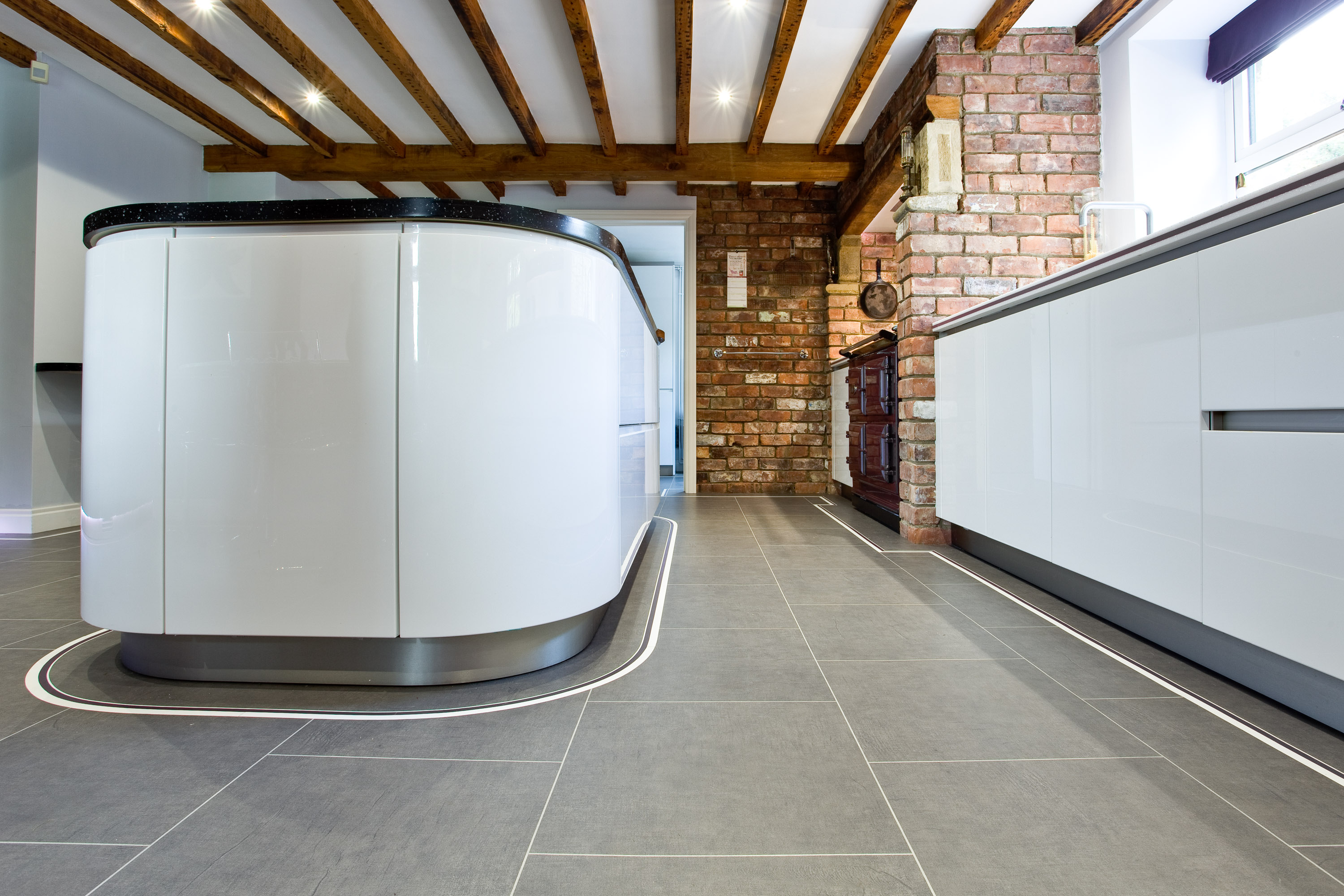 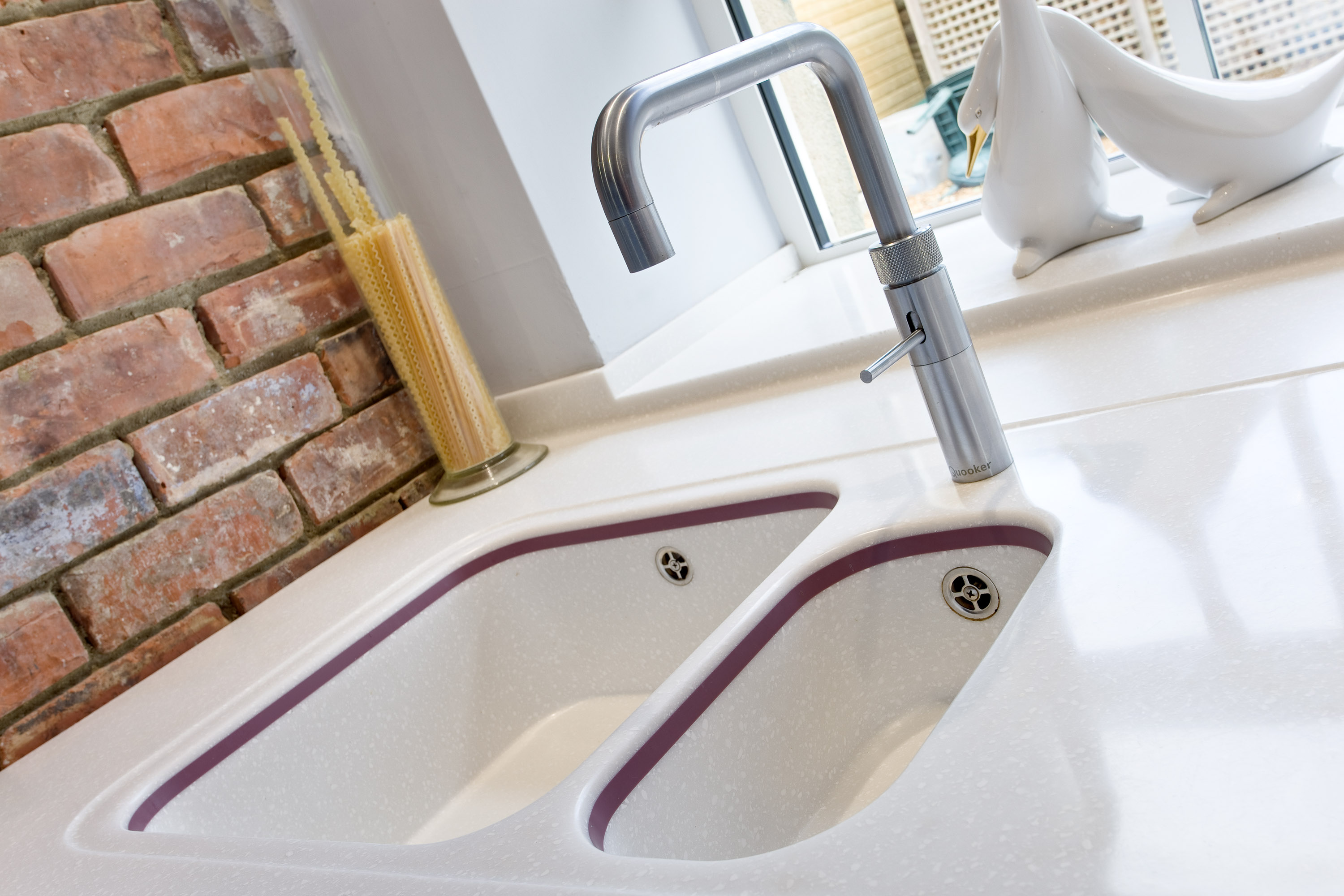