This lovely traditional Schüller kitchen chosen by peter and Elaine, is part of  the Schüller C range. Opting for a contrast in colour between lava black and stone grey both being the same style of door, Vienna. They decided on a variety of luxury features, including a dresser for displaying items and two stylish wine racks with oak inserts, to match the style of the kitchen.

The Chosen worktops were Silestone- White Arabesque, which contrasted brilliantly with the lava black base units. Another contrast was the Silestone- Marengo integrated sink, again having a light\dark contrast with the white worktops. A wise choice was made, with the addition of a Quooker tap. Giving them the possibility of instant, 100 degrees boiling water. 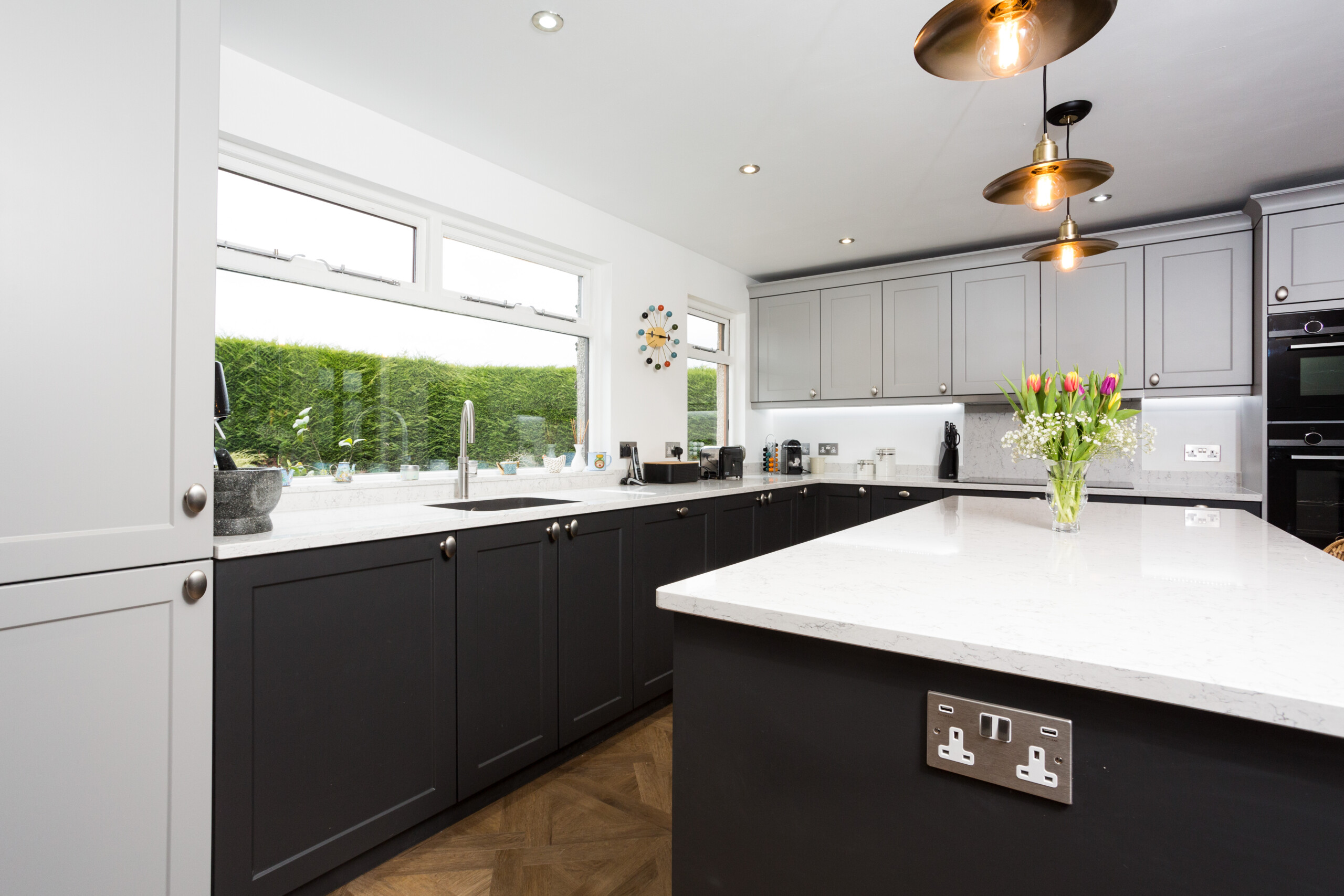 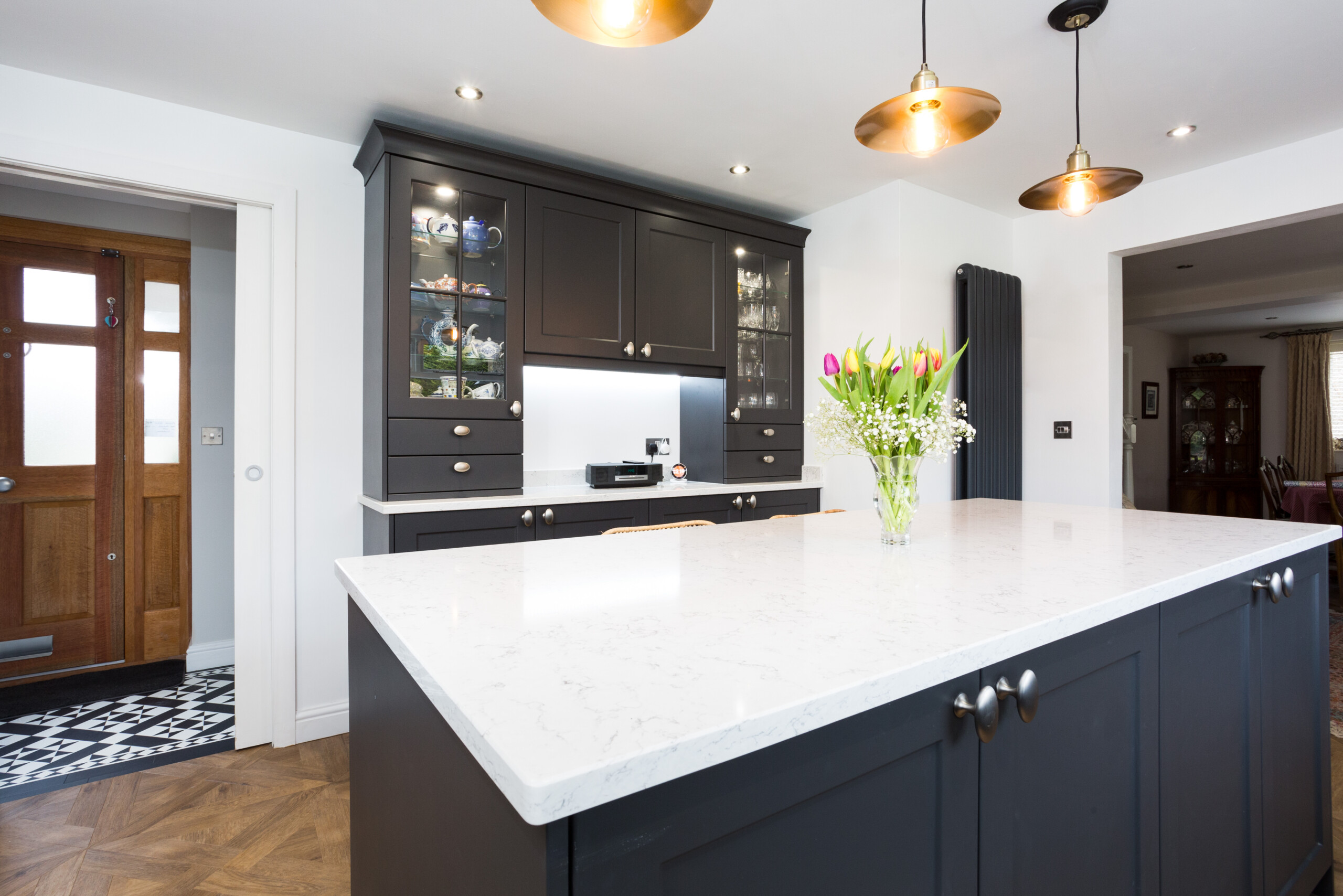 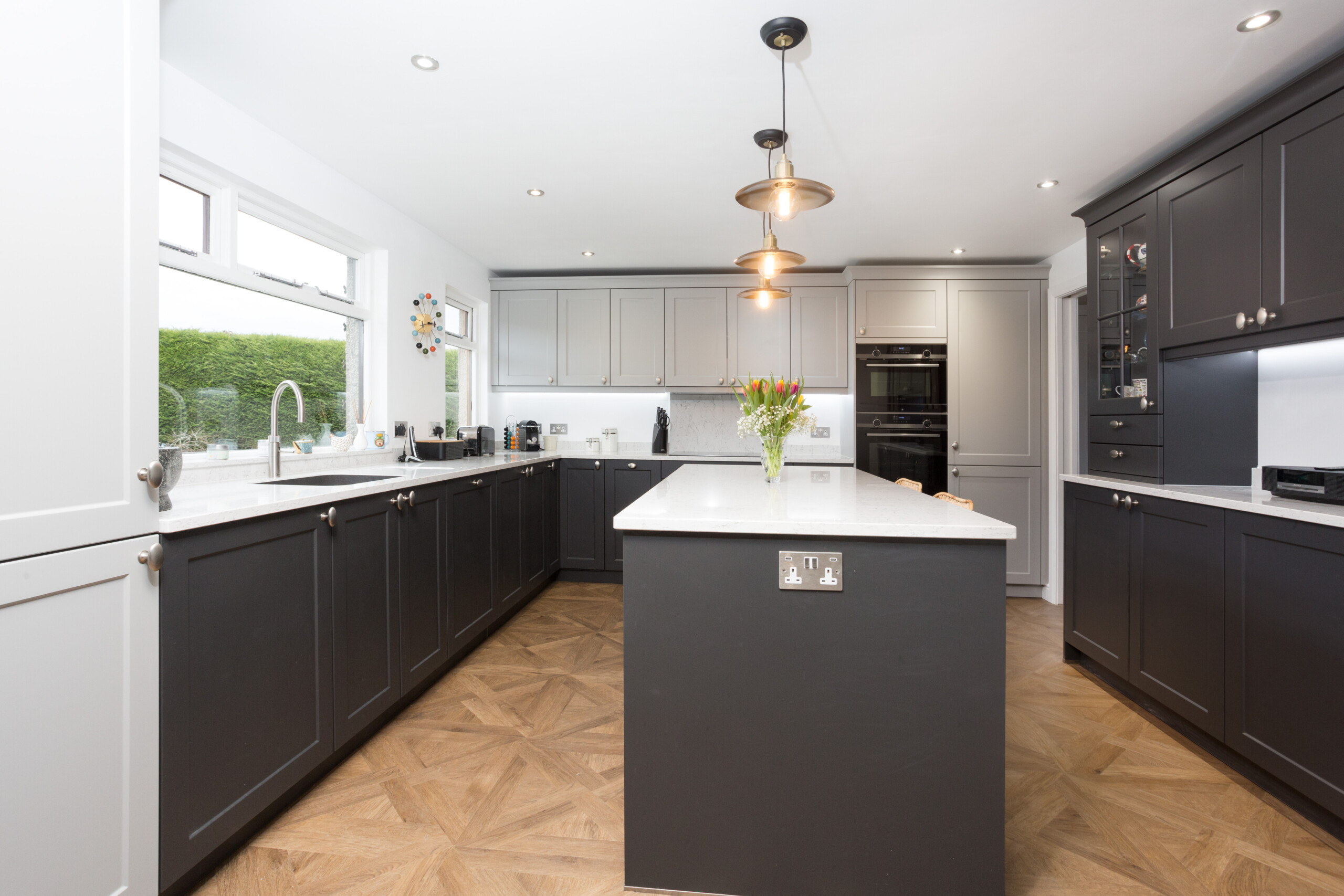 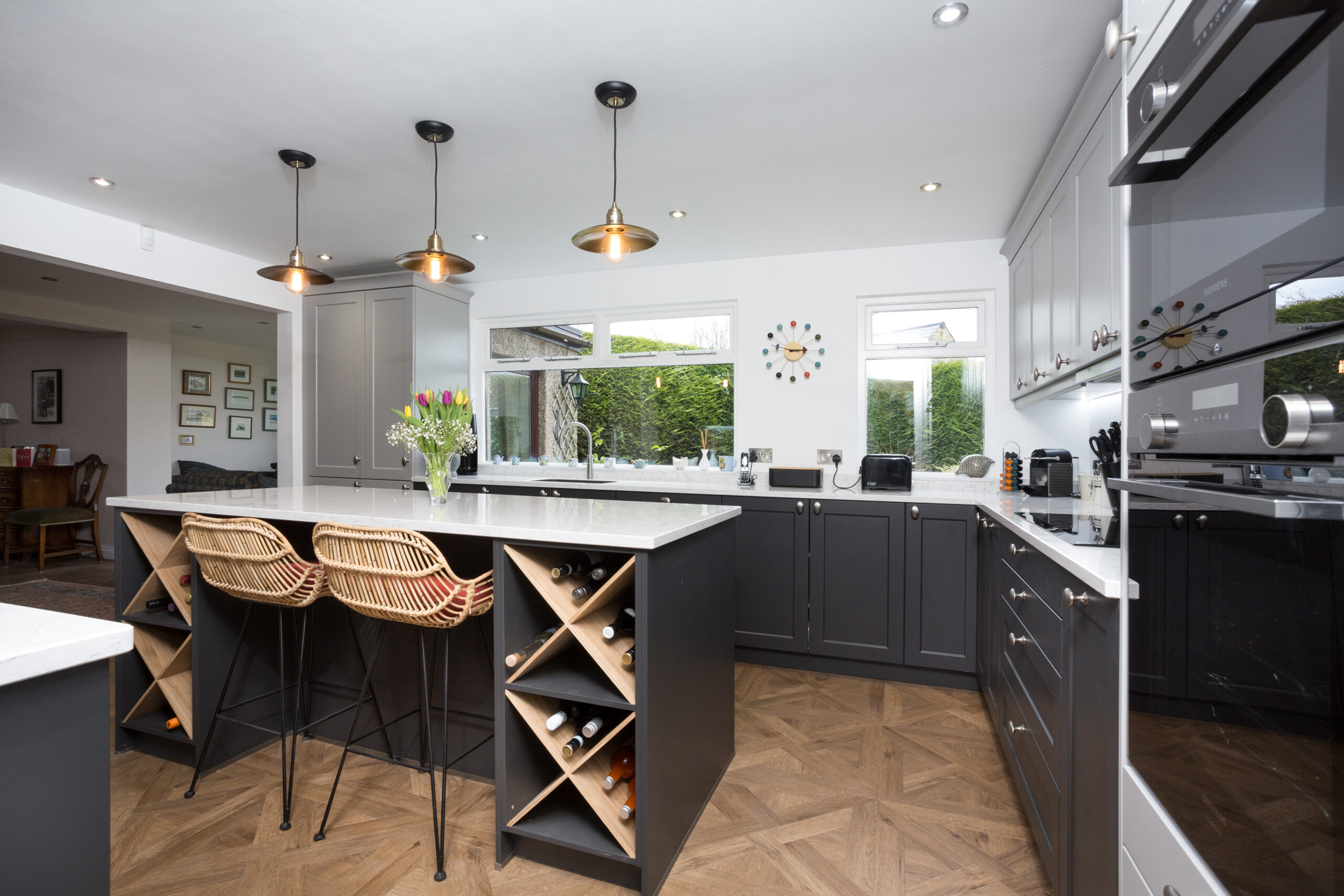 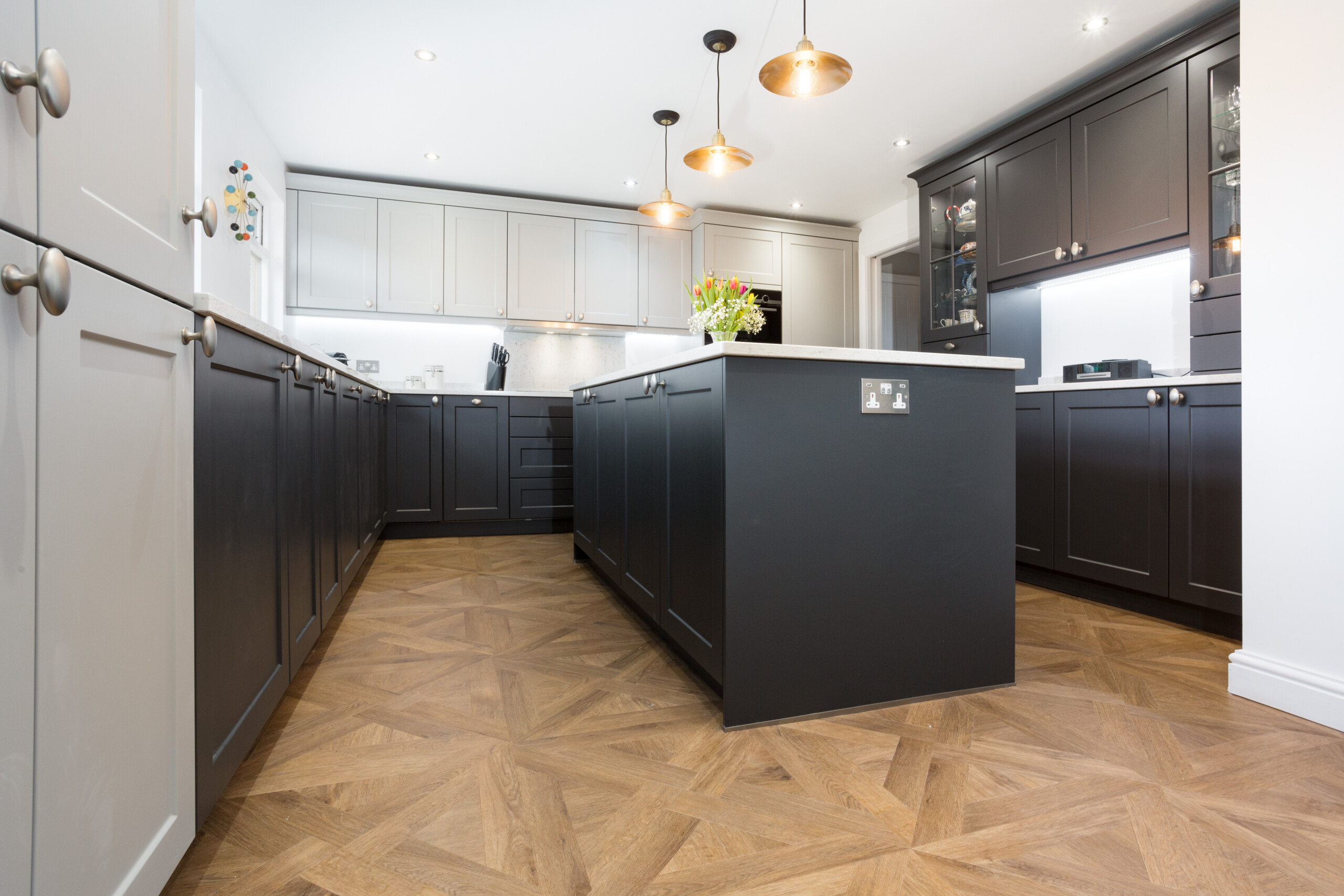 An excellent service Darren and his team couldn’t have been more helpful with their advice, knowledge and suggestions.

We now have a beautiful kitchen admired by the few people who have seen it in these present times. We look forward to showing it off in the near future. We would highly recommend Kitchens of Desire.